The true potential of agricultural production as a means for economic recovery in Greece and Europe examined by a wide range of speakers in the context of The Economist’s Agricultural Business Summit, that took place on February 7th 2013 at the Hyatt Regency Thessaloniki. It is being held under the auspices of the Greek Ministry of Rural Development and Food, the Greek Ministry of Macedonia and Thrace and is organised in association with the Embassy of The Kingdom of The Netherlands in Athens.

At a period in which the Greek economy is seeking for solutions in both traditional and -in parallel- promising productive sectors, the business prospects in the agricultural sector are of extreme importance.

Emphasis was given on the parameters of business innovation and extroversion, the role of the business sector and the protection of the environment through appropriate reforms in the agricultural sector.

More than 30 prestigious speakers from Greece, the UK, the Netherlands, Belgium, Israel and Sweden are part of this initiative, including the Head of the EU Task Force Horst Reichenbach, the Greek Minister of Rural Development and Food Athanasios Tsaftaris, the Greek Minister of Macedonia and Thrace Theodoros Karaoglou, the Dutch Vice-Minister for Foreign Trade Simon Smits, high-level representatives of the business sector, as well as high-profile scientists from the Agricultural University of Athens, Wageningen UR (University and Research Centre), Swedish University of Agricultural Sciences (SLU) and the Centre for Research and Technology Hellas.

Regional Governors of Thessaly, Western Macedonia and Peloponnese set the new objectives for regional development and agribusiness growth, while the Presidents of PASEGES (Pan-Hellenic Confederation of Unions of Agricultural Co-Operatives), PENA (Pan-Hellenic Union of Young Farmers) and the Federation of Organic Farmers of Greece shall share their views on the new opportunities that agriculture and agribusiness can offer. 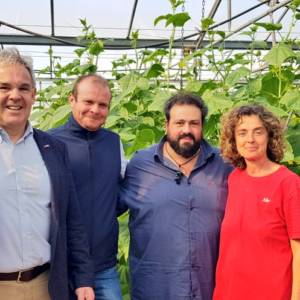 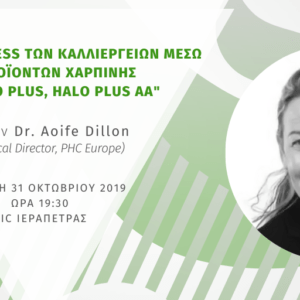